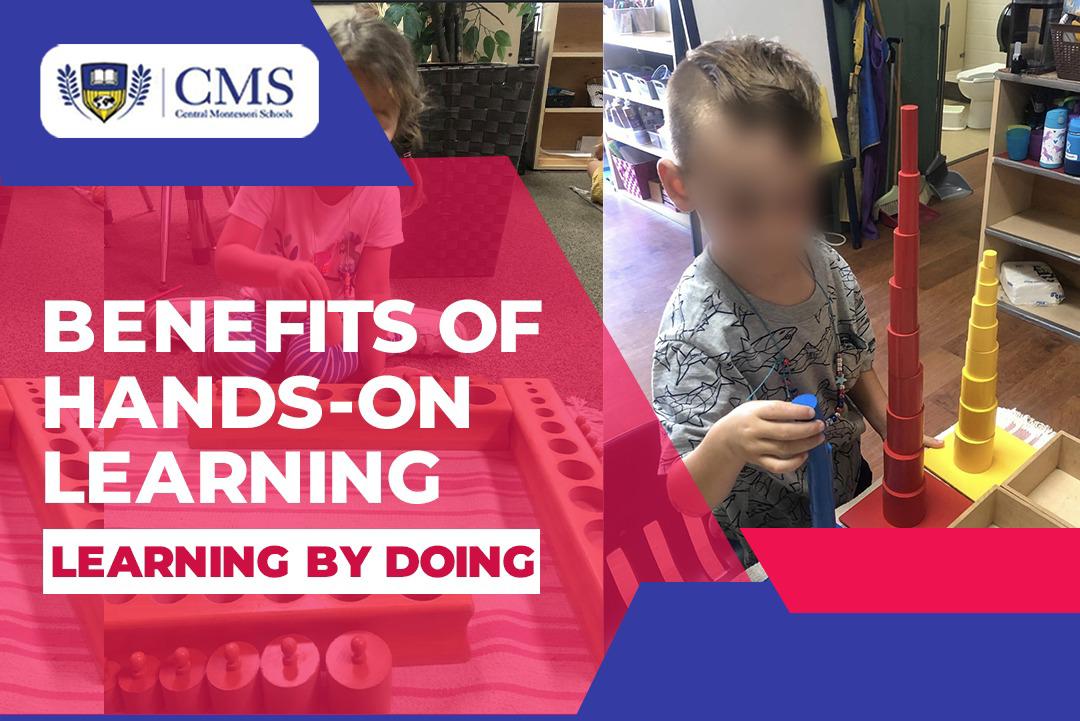 Hands-on learning has long been publicized lavishly by parents and educators as a significant factor
in raising children who go on to have a lifelong love of learning and who perform better
academically. But what exactly do we refer to when we say “hands-on learning,” and why is it so
beneficial to students?
THE HISTORY OF HANDS-ON LEARNING
Think back to when you were in school – you might’ve taken classes such as home economics,
sewing, or even auto-mechanics. Or maybe your schedule featured music, painting, or photography.
Now, look at the schedule of a child today—music is an extracurricular, sewing is no longer offered,
and auto-mechanic’s classes are found in trade schools. Students now complete handouts and sit
through lectures, taking endless notes and reading through expensive textbooks. The hands-on
experience that was once thought of as the key to building a well-rounded student has now
disappeared from the traditional classroom.
Hands-on Learning isn’t just for sewing, cooking, or painting; it can be a part of any subject. It’s the
common name for Experiential Learning, which is the philosophical term behind the idea of
immersing oneself in a subject in order to learn. Experiential Learning has been around since 350
BCE, when Aristotle wrote, “for the things we have to learn before we can do them, we learn by
doing them”. This idea ultimately became popular in the early 1950s and thanks to the backing of
famous psychologists such as Jean Piaget, Kurt Lewin, and John Dewey, Experiential Learning quickly
became a staple in American education.
HANDS-ON LEARNING TODAY
Fast forward to the early 2000s, and increasing pressure for drastic improvements on national test
scores led to a nationwide shift in education. Schools were faced with the challenge of improving
test scores while also staying under budget. They were ultimately forced to cut programs like sewing
and home economics, and focus their attention on creating a more lecture-based curriculum geared
towards improving test scores and decreasing spending. Later, after STEM classes were deemed
more desirable and ultimately affordable, arts programs, once part of schools’ core class offerings,
were cut. Despite the increase in the number of STEM classes offered in American schools, there has
still been a steady decline in the amount of time a student spends interacting with his or her
subjects. And that’s a real shame because hands-on learning brings so many benefits to students,
including:
i)It is a more engaging way to learn
ii)It can lead to increased retention
iii)It can offer practice in problem-solving and critical thinking
BENEFITS OF HANDS-ON LEARNING
1.Better way to learn
Some children learn best by looking at visuals. Some children learn best by listening to a parent or
teacher speak. And some children learn best by reading and writing about something. These are
called visual, auditory, and reading/writing learning styles, respectively. But there is a fourth learning
style that is easy to overlook: Kinesthetic learning, which is a fancy way of saying “learning by doing.”
When students are forced to do something, they are engaged in active learning. They’re practicing
their skills and they’re putting their knowledge to the test. Most importantly, they are actively
creating knowledge, instead of passively consuming it.

Central Montessori School is a co-educational day school for children aged 18months to 6 years old.
Montessori Toddlers to Kindergarten classes have been in existence since 2003 offering a child-centered
approach to learning in classes of around 10 to 24 children, with its dedicated staff and excellent facilities.